For those unaware, the Game Changer documentary is a film on Netflix that details specifically and in-depth the numerous health and performance benefits a vegan / plant-based protein diet has compared to a traditional animal product / meat diet most individuals are on. It presents strong evidence to support these claims such as high profile scientists and professors in specific, relevant fields of study, professional sporting athletes and famous individuals speaking about and advocating vegan nutrition as well as scientific, published studies validating the films message.

The documentary also presents content highlighting the negative health effects consuming animal products / meat has on the human body, again using scientific studies, high profile individuals, exposing marketing gimmicks and even calling upon history and general knowledge (we eat cow, what does a cow eat?) to reinforce this idea and further illustrate and demonstrate the benefits of veganism.

The issue certain individuals have with the film and why it's caused so much debate, is the fact that the documentary is basically a form of 'vegan propaganda', brain washing the general public to believe meat is bad and everyone should make the switch to a vegan diet.

The way the film is presented and the content that is provided throughout, has consequently led to this belief and opinion, gaining wide-span negativity among other high profile health and nutrition experts who do not share the same opinion. The consensus among these individuals is that yes, a plant-based focused diet is ideal however animal products / meat should also be included and not neglected in its entirety like the film suggests it should. They also believe the content of the film is incredibly misleading with 'over the top', 'exaggerated', 'cherry-picked' facts being presented.

As mentioned, these individuals are also those whom are in high profile positions and well respected within health and nutrition fields, giving them a sense of credibility to put fourth strong, valid points to 'debunk' the films content, thus creating a sense of confusion among the general public as to what truly is the most optimal diet for health and performance.

Individuals go vegan for many reasons such as ethical (animal rights), environmental, among many others however it's important to note that the film strictly is focusing on the health and performance benefits / reasons to go vegan causing the debate among health professionals.

Straight off the bat, yes, how the film is structured and what viewers are exposed too does confirm in our opinion, the documentary can be labelled as 'vegan propaganda'. Intentional or not, it's purpose does seem that of persuasion and encouraging people to make the switch to veganism over a animal / meat based diet. Put it this way, after watching the film, we personally were contemplating going vegan and giving up meat and animal products, something we're sure many others came out of it thinking too.

It's 100% biased toward vegan and plant based protein sources which can be reinforced through the large amount of content focused on explaining the negatives of meat consumption and how this impacts our health and well-being. It brings in professional and well-known figures to emphasize and detail their own personal experiences and benefits of switching to vegan foods whilst also presenting published, scientific studies to reinforce these claims.

We personally would have liked to have seen two sides of the argument presented within the Netflix documentary, giving viewers knowledge on both sides of the coin to then make their own decision. Even though the film maker and host may not agree with, he still should have made an effort to highlight the health and performance benefits meat and animal products has on the human body as well as present published, scientific studies that details the negatives of a vegan diet. The fact there is absolutely no content or attempt to present two sides of the argument again just reinforces the film's biased agenda.

We'd even be content if the film simply showed the professional athletes success with using vegan / plant based protein sources, offering an informative purpose rather than that of persuasion and basically bashing meat and animal products.

So we can see why the film is gaining such negative feedback from well-respected health professionals, however do feel some of the information and content put fourth is interesting and can't be overlooked. It's simply the way in which this information was presented and portrayed is what has caused such controversy.

In our opinion, whatever YOU enjoy, whatever YOU like, whatever fits YOUR life, will ultimately be the 'diet' that is best for YOU! Whether it's vegan, Mediterranean, carnivorous, Keto, Paleo, bro bodybuilder etc. we encourage you to figure out what you enjoy and what you see results from. This most likely means you'll actually have to commit and try specific diets and go through a stage of 'trial and error' to find out what works. Eat different food sources, try different things and literally go off your own personal experiences to make a practical decision.

All of these diets and approach to nutrition, have numerous health and performance benefits, yet all of them have the same amount of individuals 'debunking' or 'bad-mouthing' them too. At the end of the day, we're all different, and will all have differing and conflicting opinions on the topic. The Game Changer documentary has encouraged us to at least try being vegan and switching to plant-based protein sources for a period of time to simply experience it ourselves, helping us mold and form our own opinion on the topic, however we do feel warnings should be issued prior to watching to let individuals know this is a 100% pro vegan and 100% anti-meat, anti-animal products documentary.

We encourage you to go into the documentary with an open mind rather than view it with an already jaded and negative opinion like other individuals have, looking for things to nit-pick and 'debunk' rather than sit and absorb the content being presented before making an educated opinion.

Watch it, if you find the content interesting, try veganism and switching to plant proteins yourself for a period of time, discover your personal experiences than form an opinion. When sharing your thoughts or input about vegan diets, always start with 'IN MY OPINION..' or 'FROM WHAT I PERSONALLY EXPERIENCED...'., that's what we'll be doing! 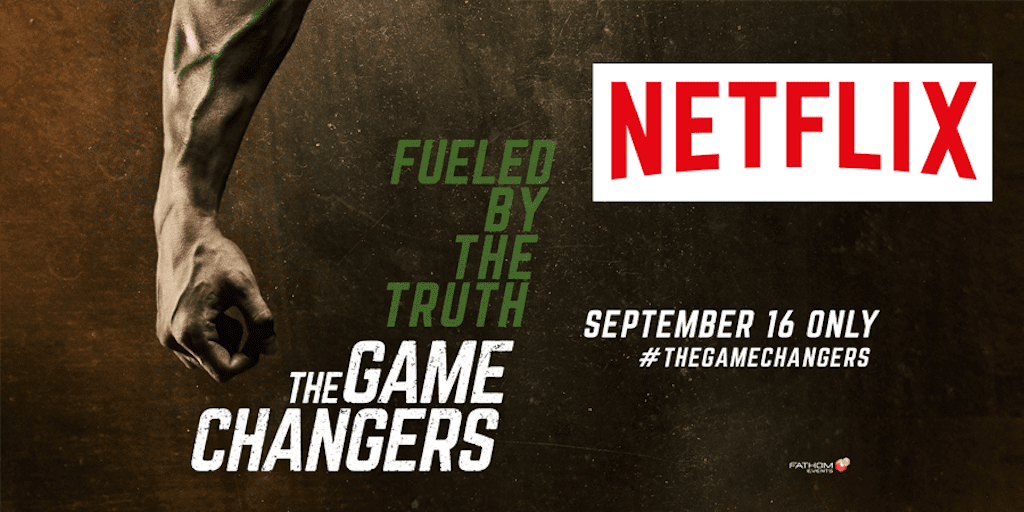